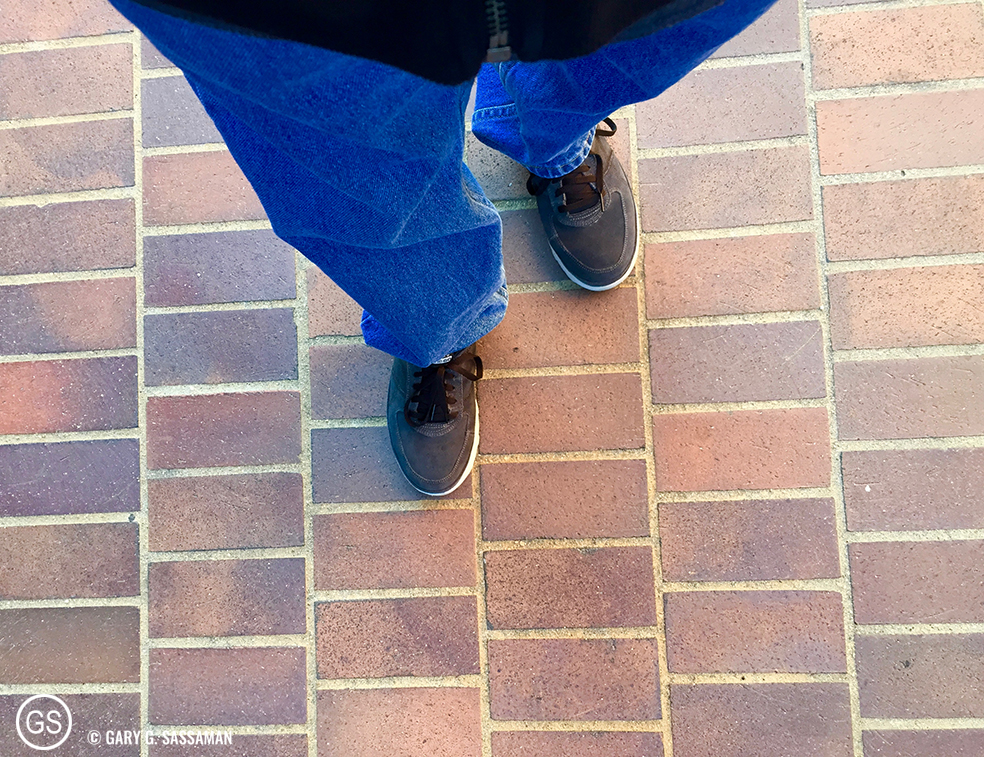 (Above: Professional model. Do not attempt at home.)

Back in 2011, my longtime flirtation with diabetes blossomed into a full romance. But let me tell you, diabetes is a fickle bitch. If you don’t control it, it controls you. I have battled with it, and luckily I’m still at the point where I can control it with oral medication, diet, and exercise. I’m okay with the medication. I’m bad with the diet (somewhere, right this minute, a cookie calls my name). But I’m surprisingly good with the exercise.

On that fateful day in 2011 when I went to the doctor for a regular visit, he told me if I didn’t do something right now I’d end up having to start insulin injections. Having spent a number of years giving shots to my two diabetic cats, I knew I didn’t want to have to do this to myself every day. So I started walking.

Up to that point in my life exercise was a word that was foreign to me. I couldn’t think of anything more boring. I’m someone who just didn’t do that type of thing. I have gym-going friends, and friends who run, but no, not me. But soon after that doctor’s visit, I downloaded a walking app for my iPhone. The first walk I took—up and around Balboa Park—was about 2 miles. I couldn’t believe I walked 2 miles! The app didn’t work very well, so I bought myself a small odometer. These days, I’ve graduated to a FitBit, which I wear religiously.

My walking regimen consists of only recording the days where I consciously go out and take a walk. I don’t record the steps I take each day, UNLESS (and I stress this), it’s a day where I take a walk. My step goal is low, 8,000 steps, which translates to about 3.25 miles for me. If I make that goal AND take a walk, I record the total amount I walk that day.

I have walked all over the place. Most of my walks take place here in San Diego, mainly through Balboa Park, which is a minimum 2+ miles to and from my place. Other local places include Seaport Village and Little Italy, North Park, Coronado, and Pacific Beach. I’m lucky in that I live in an incredibly beautiful city, and even working in its urban areas is a treat. I’ve also walked in Portland, Seattle, New York City, Los Angeles, and Santa Monica. Overseas, I’ve walked the streets and parks of Leeds and London. A short walk for me is less than 7 miles; I have had days where I’ve walked more than 13, especially when I’m traveling.

As of the end of 2015, I’ve walked 1,014.15 miles for the year. I had walked 400 miles by the end of June at the sixth-month mark, so the majority of the miles were walked from July on. That included my busiest month, October, when I walked almost 112 miles, which coincided with a week long visit to New York City. (My record for one month is November 2014, when I walked over 115 miles, a lot of it in London.)

I don’t know what goal to set for 2016. Certainly 1,000 miles is attainable, and maybe anything over this year’s record will do. But in the meantime, I’ll just keep walking, one step at a time, one foot in front of the other, and eventually I’ll get there, no matter what the goal is.